The defense system is the principle of shaping a defensive work in accordance with theoretical assumptions, methods and resources, and it depends on proper selection and combination of defensive elements. In the history of mankind, from the prehistoric times until the end of the Middle Ages, the following defensive systems developed in order: the wall, the recess, the tower, the flanking tower and the round, low bastion.

In the wall system, the defensive element was the wall (palisade, fence, wall), the way of its defense was only the frontal one.

In the recess system, the defense element was the wall, however, it made it possible to provide a tenaille defense, which was achieved by introducing an irregular curtain bend in the form of a recess (sawtooth, semicircular, straight, etc.). 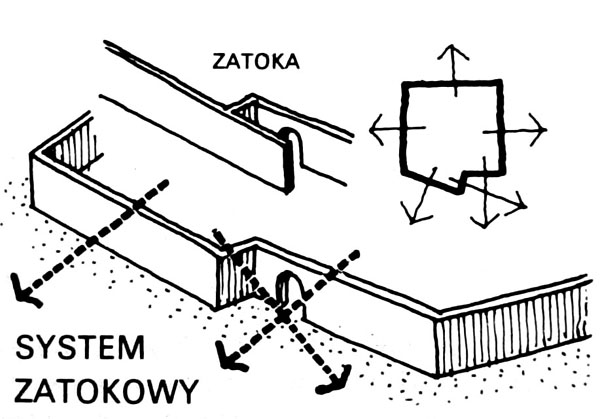 In the tower system, next to the wall there is a tower, introducing alongside frontal and horizontal defenses, also reinforcing it and strongly exposed – vertical defense. 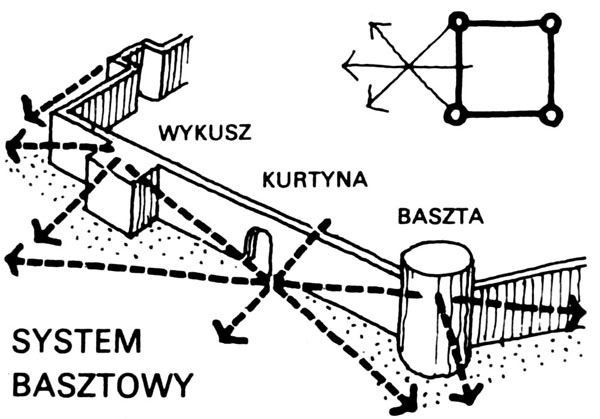