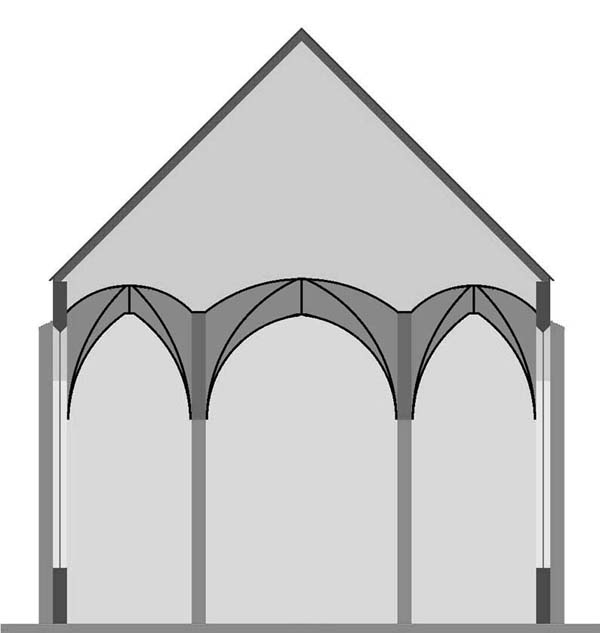 Multi-nave church of the same height aisles. Unlike in the basilica, the central nave of the hall-type church is indirectly illuminated by windows placed in the walls of the aisles. Individual naves can be covered with a common large roof or separate longitudinal gable roofs. There is also a solution consisting of covering the central nave with the main gable roof, while the aisles with a series of lateral roofs with lateral gables. Hall churches are characterized by compactness and unseparatedness, usually there are without the transept and the separated chancel. The number of aisles is different, usually three, sometimes two or five. Hall churches were a characteristic type of churches in Central European architecture during the late gothic period (14th-15th centuries).